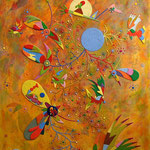 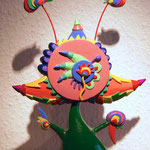 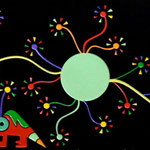 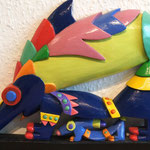 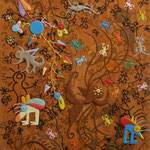 In the early 70’s he learned the techniques of batik-making, sculpture and painting as an autodidact. 1977 he moved to Germany.

1998 he received a scholarship from the Jacob Eschweiler Art Foundation;

1999 - 2006 he teached art and performance as part of the “MUS-E Artists in Schools” Project, which is organized in Germany by the Yehudi Menuhin Foundation.

In 2002 he founded the “Shadow Theatre Kho” in Cologne.

Since 2012 he lives and works in Bali, Barcelona and Cologne.

In the year of the dragon – BBK, Aachen, Germany